Journal of Cardiovascular Disease and Medicine 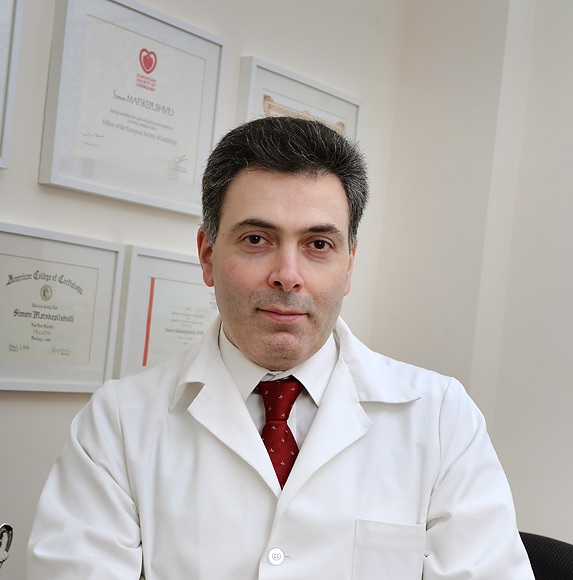 Biography: Dr. Simon Matskeplishvili is a professor of cardiology and a member of the Russian Academy of Sciences. He is a Deputy-Director for science and research of the Lomonosov Moscow State University Clinic. He graduated with honours from the Moscow Medical Academy in 1994 and had his postgraduate training and fellowship in cardiology at the Clinico-Diagnostic Department of the Bakoulev Scientific Center for Cardiovascular Surgery in Moscow, the largest centre in Russia, performing >6000 open-heart paediatric and adult interventions a year. Cardiology was not Simon’s first choice of career, however when he accidentally walked in on a cardiology seminar, he was absolutely amazed by the subject. He believes to be a cardiologist, one has to be an artist and a philosopher.In 1997–98, he received the degree of International Master in cardiology from the Institute of Clinical Physiology of the National Research Council of Italy in Pisa, followed by a fellowship in invasive cardiology and electrophysiology. He received his PhD degree in 1999 and the Doctor of sciences degree in 2002. In 2001, he was awarded a diploma of European cardiologist, in 2003 became a Fellow of the European Society of Cardiology and in 2005 – a Fellow of the American College of Cardiology. In 2007, he received a degree of the full professor in cardiology. In 2012 Prof. Simon Matskeplishvili had organized and implemented the Educational Programme for cardiologists and internal medicine physicians in Moscow. He also conducts an English-language elective course ‘Amazing Cardiology’ in cardiology, cardiac surgery, and cardiovascular imaging at the Lomonosov Moscow University Faculty of Medicine. His interests include general cardiology, basic research, angiogenesis and stem cell regenerative therapy, acute coronary syndrome, advanced heart failure, valvular heart disease, imaging in cardiology, antithrombotic treatment strategies, interventional cardiology, and cardiovascular surgery.